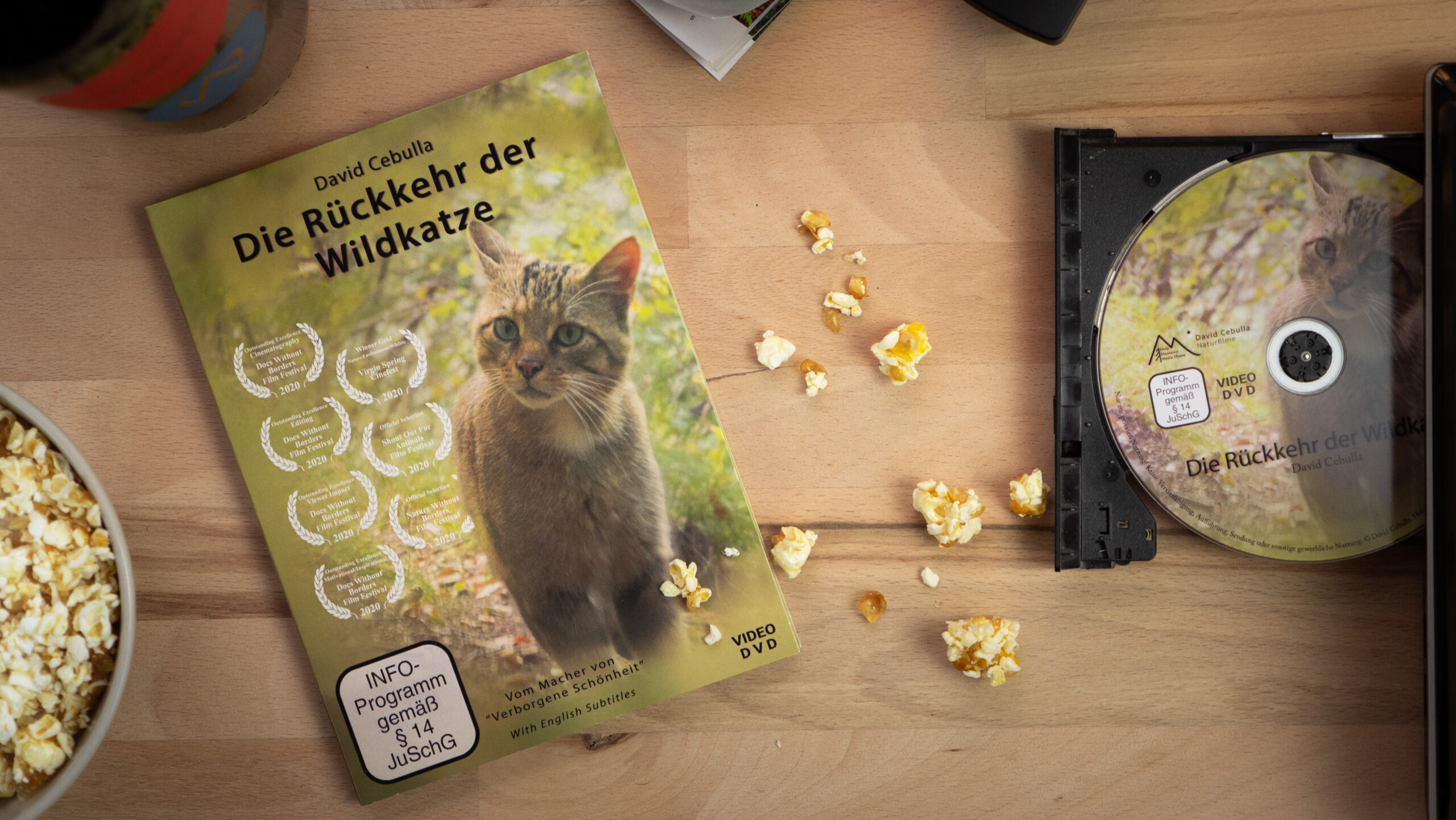 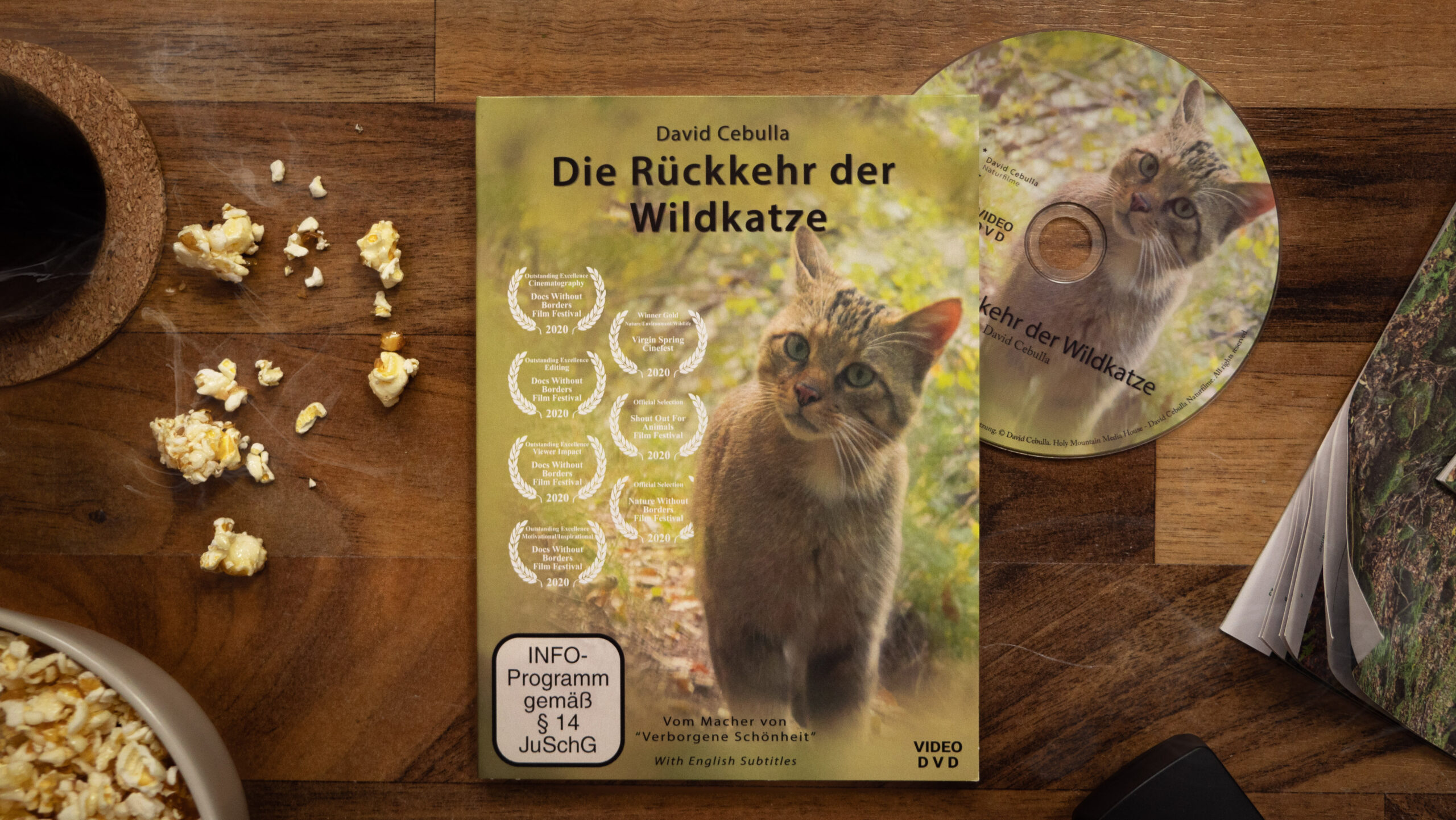 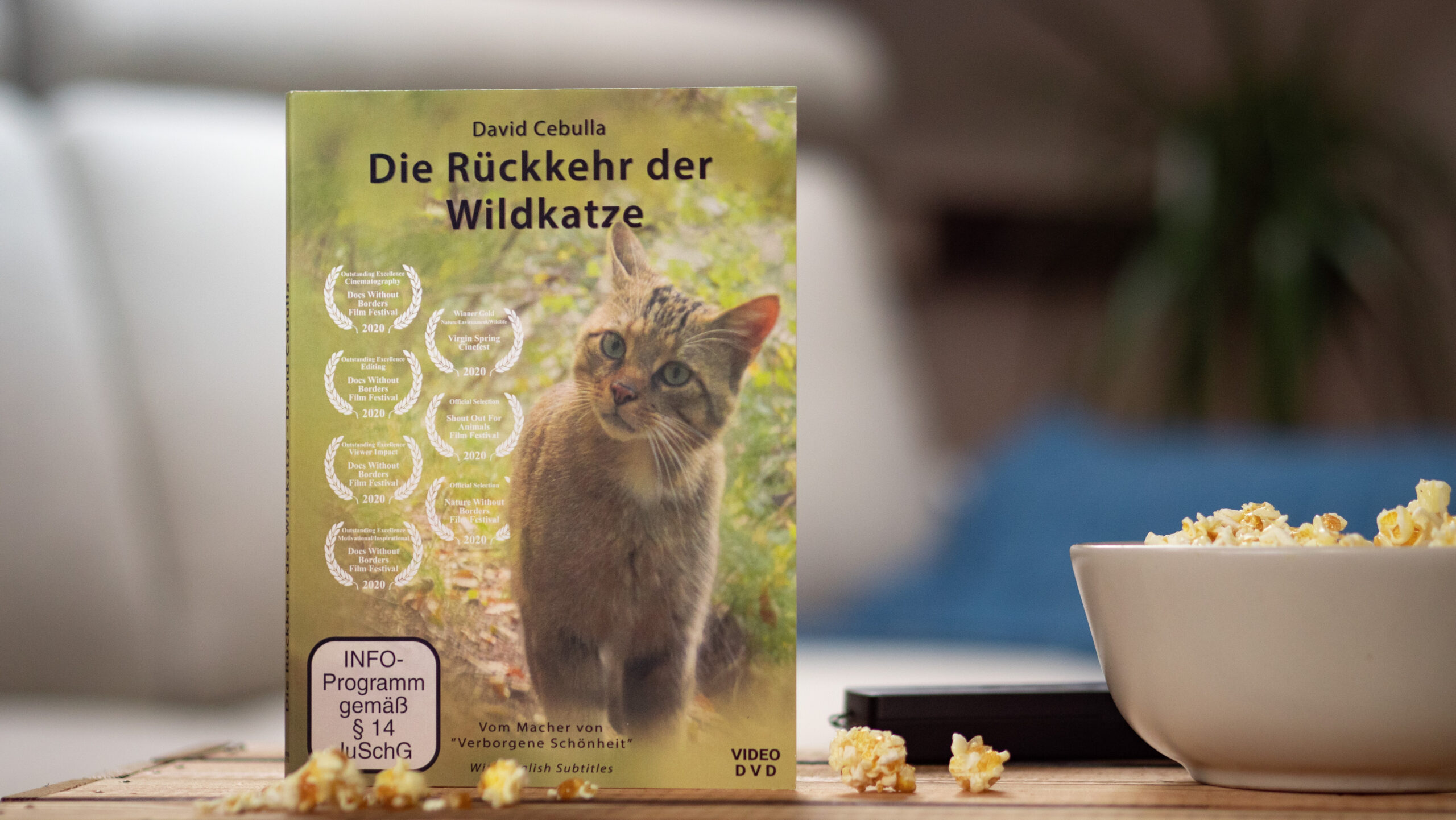 At the end of 2020, the nature film “The Return of the Wildcat” by David Cebulla was released on DVD in German with english subtitles. In the meantime, the DVD has already gone into its second edition.

In this 41-minutes-documentary the ecologist and filmmaker David Cebulla is on a quest to find one of Germany‘s shyest and most endangered species: the European wildcat. During a scientific pre-study, by chance, he made the first record of a wildcat in an area near his hometown Jena.

Thereupon he dedicates a whole year to get the genetic evidence and a really splendid film recording of a free-living wildcat. For this reason he sets up trail cameras and lure sticks. David has to face many ups and downs during his project. At first, all wildlife but the wildcat seems to react to the lure sticks. Can the ecologist get the genetic record of a wildcat? Will David’s wildcat return?

You can get the DVD in our online shop:  https://shop.davidcebulla.de/produkt/dvd-die-rueckkehr-der-wildkatze/

Since the shop is in german language feel free to write us an e-mail if you have any questions or would like to order anything: redaktion[at]davidcebulla.de